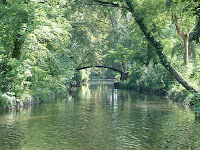 There was father who had four sons. He wanted his sons to learn not to judge things too quickly. So he sent them each on a quest, in turn, to go and look at a pear tree that was a great distance away...

The Eldest son went in the winter, the second in the spring, the third in summer, and the youngest son in the fall.
When they had all gone and come back, he called them together to describe what they had seen.
The first son said that the tree was ugly, bent, and twisted. 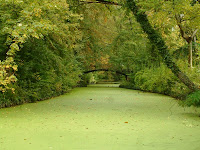 The second son said no it was covered with green buds and full of promise.
The third son disagreed; he said it was laden with blossoms that the flowers smell so sweet and looked so beautiful, it was the most heavenly thing he had ever seen. parang garden of Eden?
The last son disagreed with all of them; he said it was ripe and drooping with fruit, full of life and fulfillment.

The man then explained to his sons that they were all right, because they had each seen but only one season in the tree's life.
He told them that you cannot judge a tree, or a person, by only one season, and that the essence of who they are and the pleasure, joy, and love that come from that life can only be measured at the end, when all the seasons are up.
If you give up when it's winter, 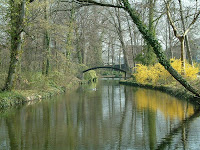 which most of us do when things go very wrong you will miss the promise of your spring, the beauty of your summer, fulfillment of your fall. 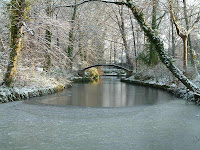 Moral Lesson
Don't let the pain of one season destroy the joy of all the rest. just keep in pace and learn to relax
Don't judge life by one difficult season. always stay positive
Persevere through the difficult patches and better times are sure to come some time or later.


My other interesting post:
Divine Mercy, Jesus I Trust in You
The main causes of liver damage are...
What is the Purpose and Meaning of Life?
Dreams...Panaginip... Nightmares

"Anonymous" is no longer activated...
what are you afraid of?
C'mon Let yourself known.

Popular posts from this blog

This blog is a personal blog written and edited by me. For questions about this blog, please contact Aice of Ice9web.

This blog accepts forms of cash advertising, sponsorship, paid insertions or other forms of compensation.

This blog abides by word of mouth marketing standards. We believe in honesty of relationship, opinion and identity. The compensation received may influence the advertising content, topics or posts made in this blog. That content, advertising space or post will be clearly identified as paid or sponsored content.

The owner(s) of this blog is compensated to provide opinion on products, services, websites and various other topics. Even though the owner(s) of this blog receives compensation for our posts or advertisements, we always give our honest opinions, findings, beliefs, or experiences on those topics or products. The views and opinions expressed on this blog are purely the bloggers' own. Any product claim, statistic,…
Post a Comment
Read more

May 15, 2017
Little did I know... The picture above is the last time I played in Team Building.
And, Last year was the last Anniversary (9th) I was with them...

Thank God for all the Blessings... imagine I was one of the first 10 Agents in Davao Branch...

On 2007, the very first time I entered the office to pass my application and resume...
I was shocked...